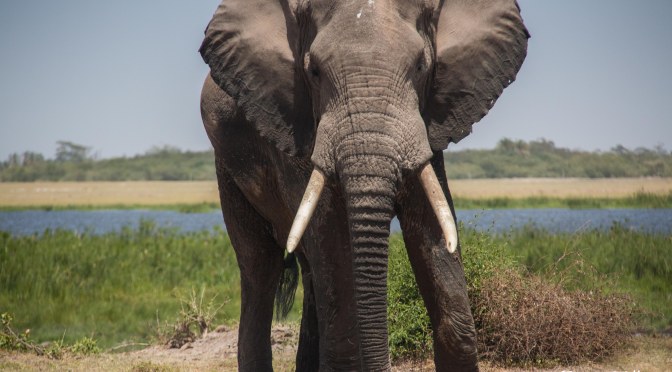 Ian Douglas-Hamilton, the great renowned Kenyan elephant conservationist, counted the number of African elephants in the late 70s. He found that there were about 1.3million. He recounted again in the 90s and found that elephants had halved in number to 600k.

The Great Elephant Census, which is currently being assessed as we speak, so far reconfirms the same bleak trajectory.

While results so far show that elephants are slightly growing in number in South Africa and Zambia, and flatlining in Botswana- which could have something to do with the EU & other states thinking that these increases in numbers justify once-off sales in ivory- let’s look at the larger picture.

Tanzania: half of their elephants gone in 6 years

Mozambique: half, in 3 years

Total population of forest elephants, more than half gone in about decade

So, returning to the original global numbers.

It’s no new news that this is a grim picture. Though sometimes I wonder if we’re just watching a big failure taking place, and making, largely, no impact.

I’m a firm believer in maintaining a healthy level of optimism but this has to be balanced with reality. And as many who have worked very intimately with elephants have noted, it can be hard to keep positive when you witness disappointment after disappointment.

Hopefully the final results of the consensus can be presented at CoP17 in September to show that elephants cannot be gambled with this to-ing and fro-ing of their classification in CITES and these far too risky policies on the ivory trade.