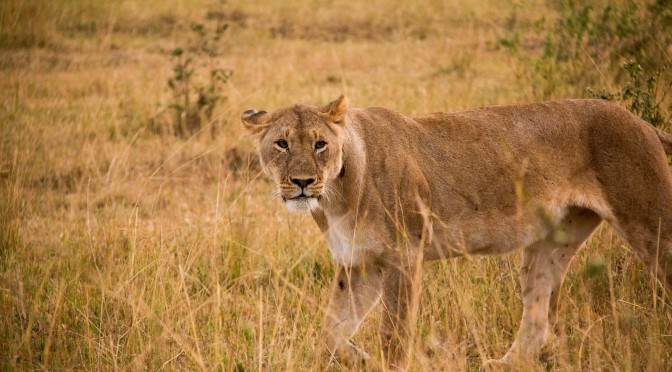 On March 18 this year, Cheru, a male lion, ‘escaped’ out of Nairobi National Park and wandered onto the chaotic Mombasa Rd, one of the major arterials that is almost always congested with traffic. He clawed a man- and then let the man go free- and was then captured shortly after by Kenya Wildlife Service and returned safely back to the park, which sits at the border of the bustling metropolis.

In the month prior, 6 other lions had reportedly escaped from the park and were found in the informal settlement area of Kibera and near Langata, near Karen- both residential areas. Many took to social media to express their panic and to also assist the KWS in tracking down these wild cats. Many pleaded not to shoot the lion as had been done once before, which had left orphan cubs in its wake- but instead, deliver him back to the park alive.

It wasn’t until March 30, when another lion, Mohawk, escaped from the park which led to its death. The 13-year-old male lion of Nairobi National Park and a popular tourist favourite, endured torment and heckling by crowds for hours in Kajiado county where he was found. The 13-year-old lion was cornered and surrounded by a large rowdy mob of roughly 400 people, for up to 6 hours, stoned and taunted, and became highly stressed, which drove him to swat a man on a motorbike- prompting a Kenya Wildlife Service ranger to shoot him 9 times.

The first KWS team that was dispatched to contain the situation, interestingly, only had rifles. The second team were on their way with tranquilisers, but Mohawk was shot before they arrived. The fact that rangers arrived 6 hours after the first report of Mohawk’s location came in raises further questions- Kajiado is only 30kms away from the Nairobi NP headquarters, and even with traffic, southbound, they would have arrived far faster than the time that they did.

Lions escaping Nairobi NP has not happened like this before with such frequency and in such numbers. The park, gazetted in 1946 by British settlers, is the oldest national park in Kenya, but sadly one that is under threat due to the need to manage the rapid development of this fast-growing nation. A railway is currently being built through the park to improve trade routes from Mombasa to Nairobi and neighbouring countries. The noisy construction work is assumed to be driving lions out through an open migratory corridor in the south. The livestock that they find in the villages also draws them out of the park. It may only be a matter of time before another lion escapes, which could ultimately lead to its unnecessary death.

While the Government prioritises development, protection of these areas of wilderness becomes all the more paramount. Nairobi National Park is as much the lions’ land as it is ours. There has been discussion on relocating residents near the southern perimeter of the park, or relocation the lions to other parts of Kenya. These may be effective policies in the long term, however in the short term, clear standard operating procedures on how to effectively handle wild must be established immediately before more animals are unnecessarily killed. Controlling crowds and educating society on how to handle wild animals is critical to ensure safety for all. This was a typical case of human-wildlife conflict, but one that was preventable, as highlighted in the suffering that Mohawk endured in the final hours of his life.
This death didn’t have to happen. But it did, and by it, we are all diminished. 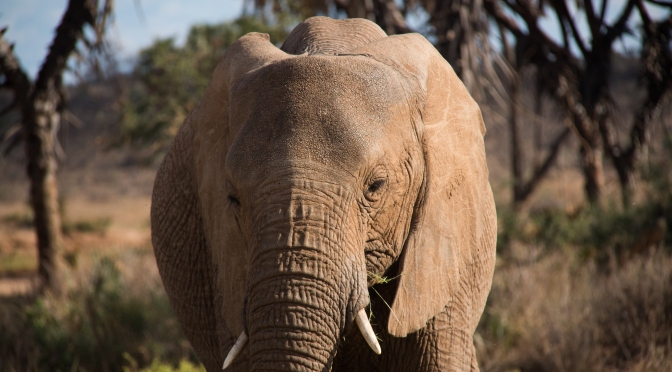 In the last few weeks we’ve heard about an elephant in Zimbabwe being shot in the head, and more recently about Tim from Kenya being speared in the head. The former was the result of a botched attempt at murder by a poacher- the latter, frustrations due to human-wildlife conflict. Both elephants reportedly approach humans that they were familiar with to ask for help.

That these stories are making the news on mainstream media is a relief, as it’s a sure sign that it is deemed relevant for mass attention. What is not a relief, however, is that elephants are continuing to suffer badly from the cruelty of humans.

Education, awareness, and political commitment can help to change behaviours and attitudes. Policy reform, adequate enforcement, and community programs can ensure this work is carried out properly and sustainably. 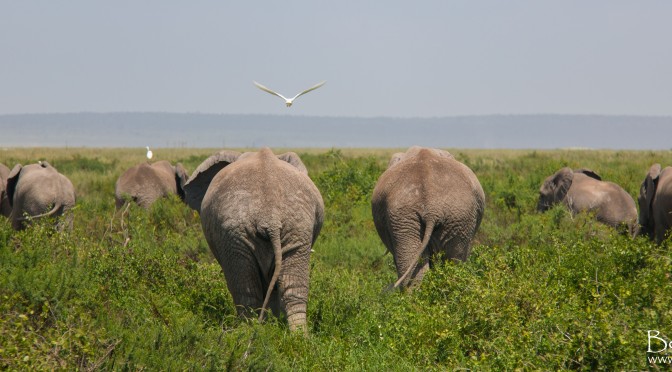 Recently it’s been found that if you fill a condom with chilli powder, mix with sand for bulk and rocks for weight, and then launch the thing at the elephant, they’ll turn and walk away. It won’t hurt them, but with their sensitive sense of smell, they’ll apparently cough and sneeze as the chilli is just too irritating for their liking. I’m still unsure why condoms were selected as the chill grenade casing, as empty rubber scattered all over the place would be a pretty disgusting sight.

Back to the point.

So there we have it: accessible and affordable ways to deter elephants from eating and damaging farmers’ crops.

That’s one small step towards reducing human-wildlife conflict, and one giant leap for helping to save elephants. Progress! 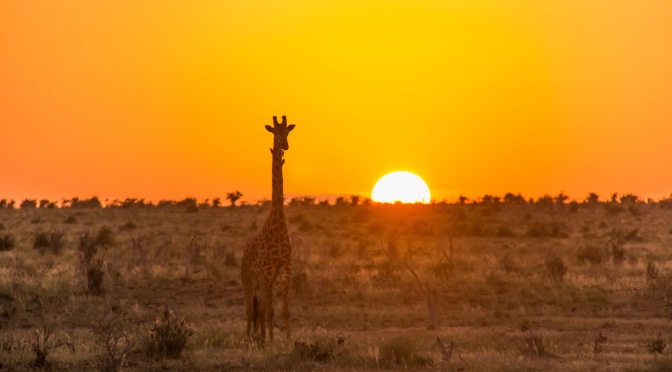 The news comes as a surprise to many- after all, they’re ‘always around’, and on safari, not many usually stop for yet another giraffe that comes walking by. Which may be part of the reason why their plight has been overlooked and largely unnoticed. These beautiful creatures are in serious and rapid decline, with populations having fallen by 40% over the last 15 years due to habitat loss and poaching for their meat.

There are 9 subspecies of giraffe, two of which are classified as endangered by IUCN. The other 7 are classed as ‘of least concern’. Well, there’s a concern alright. Reportedly they still have this classification as nobody has bothered to conduct any proper monitoring and evaluation for some time. And until something is done, the population, which is sitting at 90k as we speak, will continue to plummet as sure as the sun sets every day.

Here’s to the giraffe- head always held high, elegant, and more now than ever, truly a limited edition.

This may look like an idyllic scene, however it shows one of the symptoms of a greater problem that leads to many lion deaths. It’s when lions and livestock compete for space.

The Maasai will oftentimes lead their cattle, goats and sheep into the Maasai Mara reserve to graze due to expanding settlements and fewer pastures for their livestock to feed on. What we see here is a struggle to maintain rural livelihoods and the issue of habitat loss due to overgrazing- which then leads to lions wandering out to the villages and eating livestock. This sparks retaliatory attacks by the Maasai, and the lions are usually killed by poison. This is what happened last December to the Marsh Pride lions, the stars of the Big Cat Diaries.

Lion-proof bomas, controlled grazing zones, greater regulation, and more incentives for the Maasai to live peacefully around lions can help to ensure that everyone’s livelihoods are maintained while lions are not unnecessarily killed. Efforts are underway, yet illegal grazing is still a common sight- and if it is, then it’s a sign that things aren’t working as well as they should. 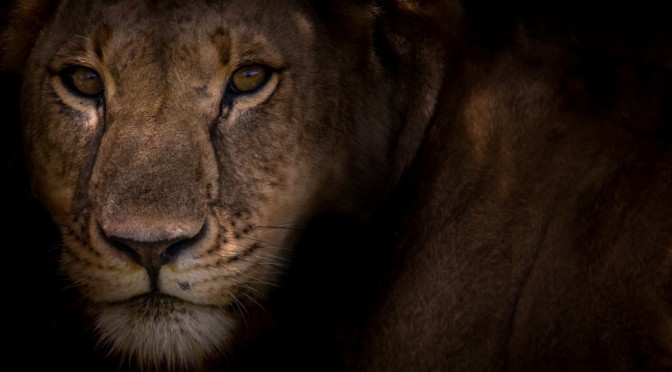 It is with great sadness that I write about Mohawk, a male lion that was shot just over 48 hours ago after he escaped Nairobi National Park. He endured torment and heckling by crowds for hours in Kajiado county before a Kenya Wildlife Service ranger shot him 9 times. The 13-year-old lion was cornered and surrounded by a rowdy mob for 6 hours, stoned and taunted, and became highly stressed, which led him to swat a man on a motorbike- prompting the rangers to fire.

The first KWS team dispatched, interestingly, only had rifles. The second team were on their way with tranquilisers, but Mohawk was shot before they arrived. Moreover, for them to arrive 6 hours after the lion was first reported as being found raises further questions- Kajiado is only 30kms away from the Nairobi NP headquarters, and even with traffic, southbound, they would have arrived far faster than the time that they did.

Lions escaping Nairobi NP has not happened like this before with such frequency and in such numbers. Noisy construction work on a rail project that will cut through the park is assumed to be driving them away through an open migratory corridor in the south. I posted previously about Cheru, another male who had escaped only weeks ago- but I did not expect that a lion would soon lose his life doing so, simply to get to a quieter area.

There had to have been a better way. If any animal is stressed, it will react. Controlling the group, and educating society on the need to stay away from a wild creature, and not provoke it, is paramount to ensure safety for all. This death didn’t have to happen. But it did, and by it, we are all diminished. 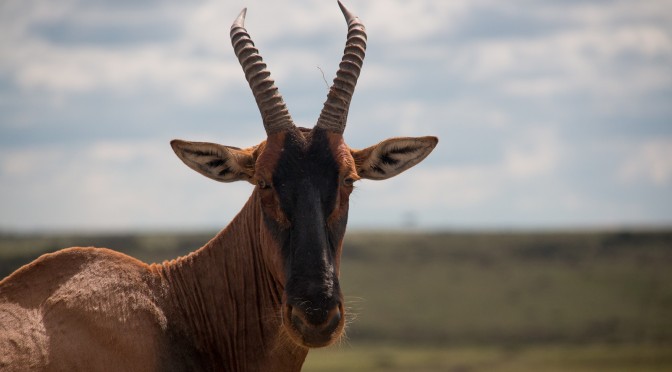 Although numbers of the topi remain healthy, significant displacement of populations have occurred throughout the continent and are now extinct in 6 countries that they once used to roam. Again, this is due to the usual suspects: hunting for meat, and habitat loss due to cattle grazers.

Maintaining sustainable livelihoods and environmental conservation will always be a challenging balance to strike, and in many cases, the scale seems to invariably tip in favour of preserving the way of life of people, before animals. The question is not how we put animals first- but to ensure that in all our actions, we respect and consider the implications our actions have on the lives of other species and their habitats. 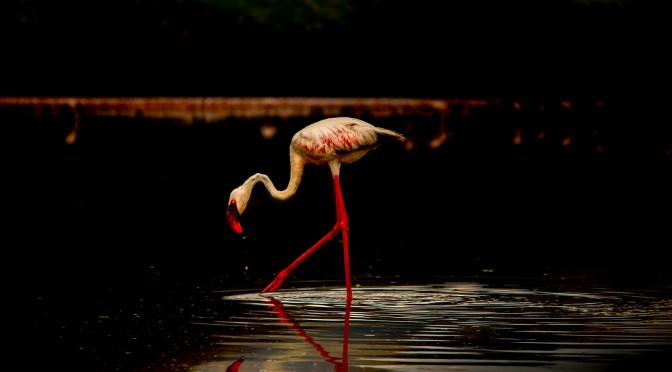 In this highly caustic lake of Bogoria, this lesser flamingo wades in the shallow waters, seeking for food. With its beak held upside down and moving from left to right in a semi-circle fashion, meals of mostly blue-algae are filtered and eaten.

The Eastern Rift Valley Lakes are home to almost 75% of the world’s population of the lesser flamingo. Lake Bogoria is a major breeding ground, and at given periods can house up to 1 million of these pink beauties.

As these lakes are high in sodium carbonate, some years back Tata Chemicals set up shop next to Lake Magadi to mine soda from the area, significantly damaging their habitat and displacing them to Bogoria, Nakuru, Baringo, and Elementeita- all relatively smaller lakes.

The soda extraction industry contributes significantly towards the economic development of the area, however the population of these birds there is now minimal. The environment around Magadi exudes a commercial and industrial feel, and Orwellian multi-level dormitories for the soda ash factory workers are scattered in the somewhat, impoverished-looking surrounds. This is no place for any bird, let alone a threatened species.

Striking a balance between economic development and conservation is never a simple task, but hopefully, we’ll figure it out before it’s too late for these birds.